The Scout is monophonic; it can only play one note at a time. If you try to hold multiple notes simultaneously, it tries to do what's called "last note priority" and only plays the most recently held key's note.

But sometimes, specific chords or sets of keys seem to add a note that you hadn't anticipated.

Super weird, right? Why is this happening?

Debugging with the serial monitor#

If we log out the indexes of the buttons being pressed and play C, D, E individually it looks like this: 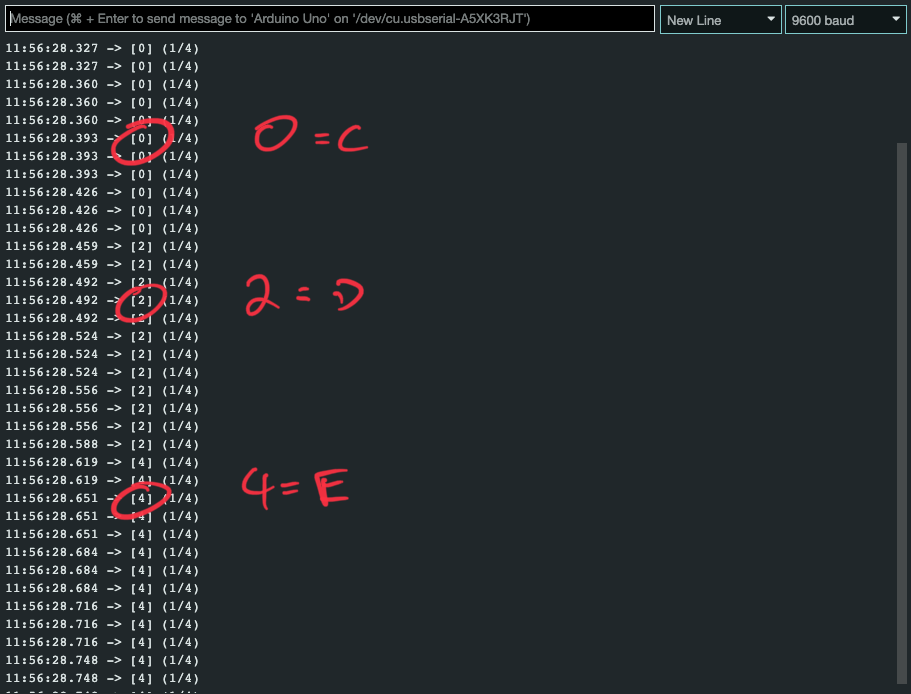 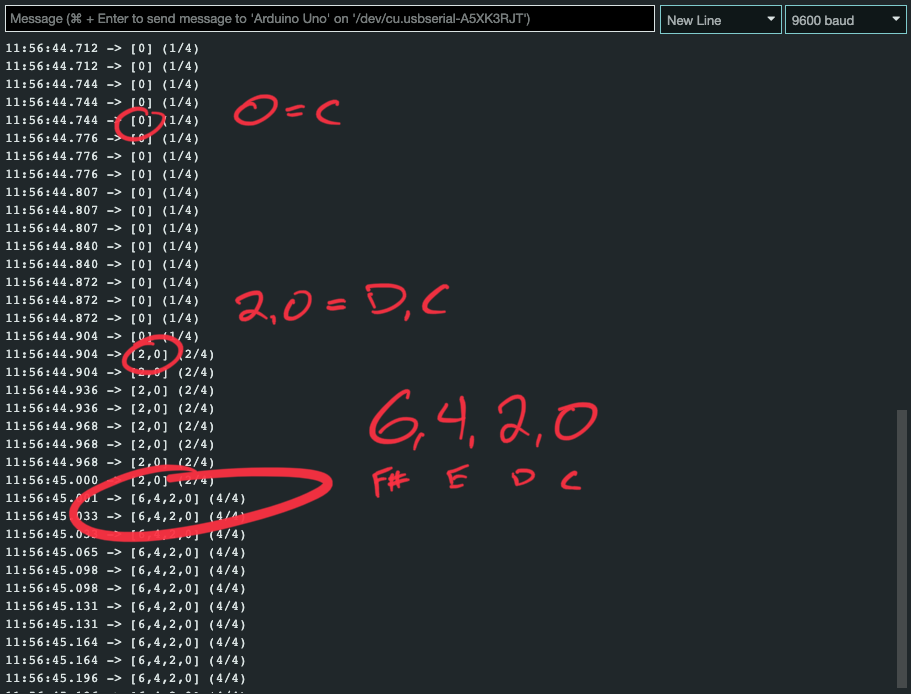 Playing and holding E, D, C is the same with a different order: 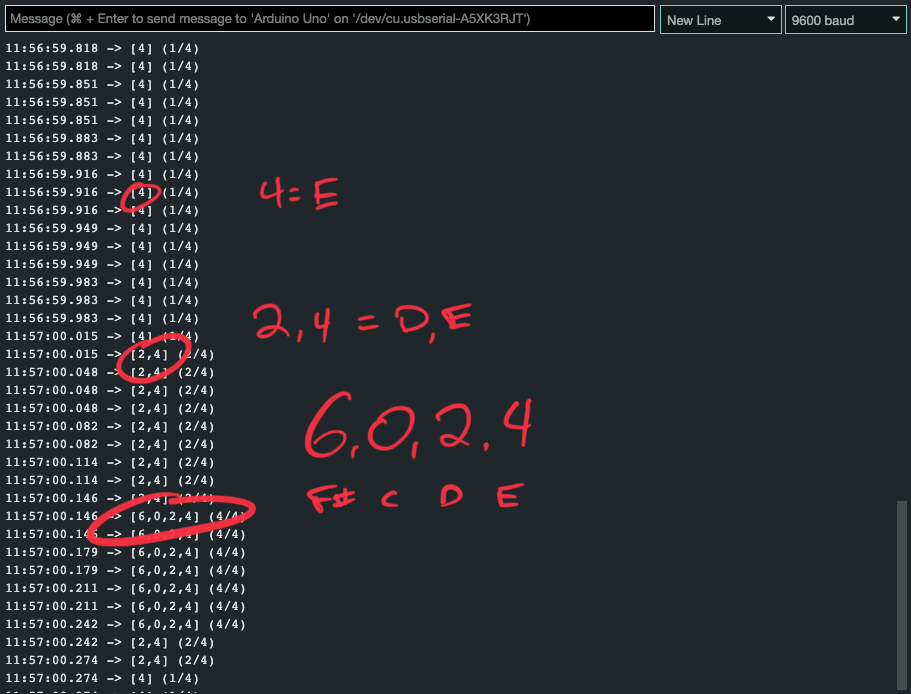 That doesn't solve our problem, but it does tell us that the microcontroller is indeed interpreting that the C, D, and E keys are being pressed but, for some reason, incorrectly adding the F#.

A matrix of keys#

The Scout has 17 keys but they only take up 9 pins on the ATmega328. It does this by convincing the microcontroller that the 17 keys are arranged in a matrix of rows and columns: 4 rows * 5 columns = 20 possible keys.

When a key is pressed and its switch closes, the pins for its row and column connect.

The matrix of rows and columns with the notes labelled, read from top to bottom and then left to right: 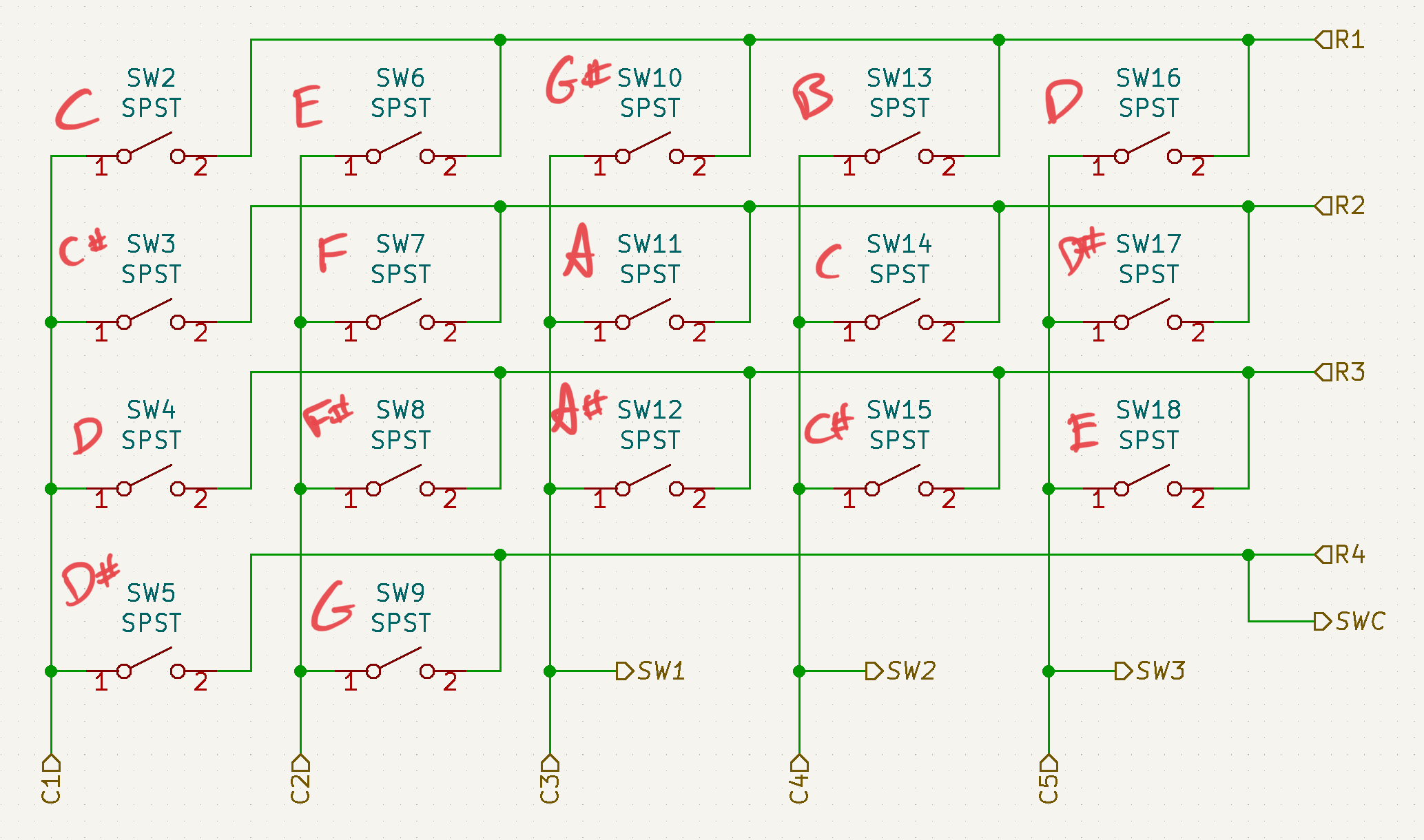 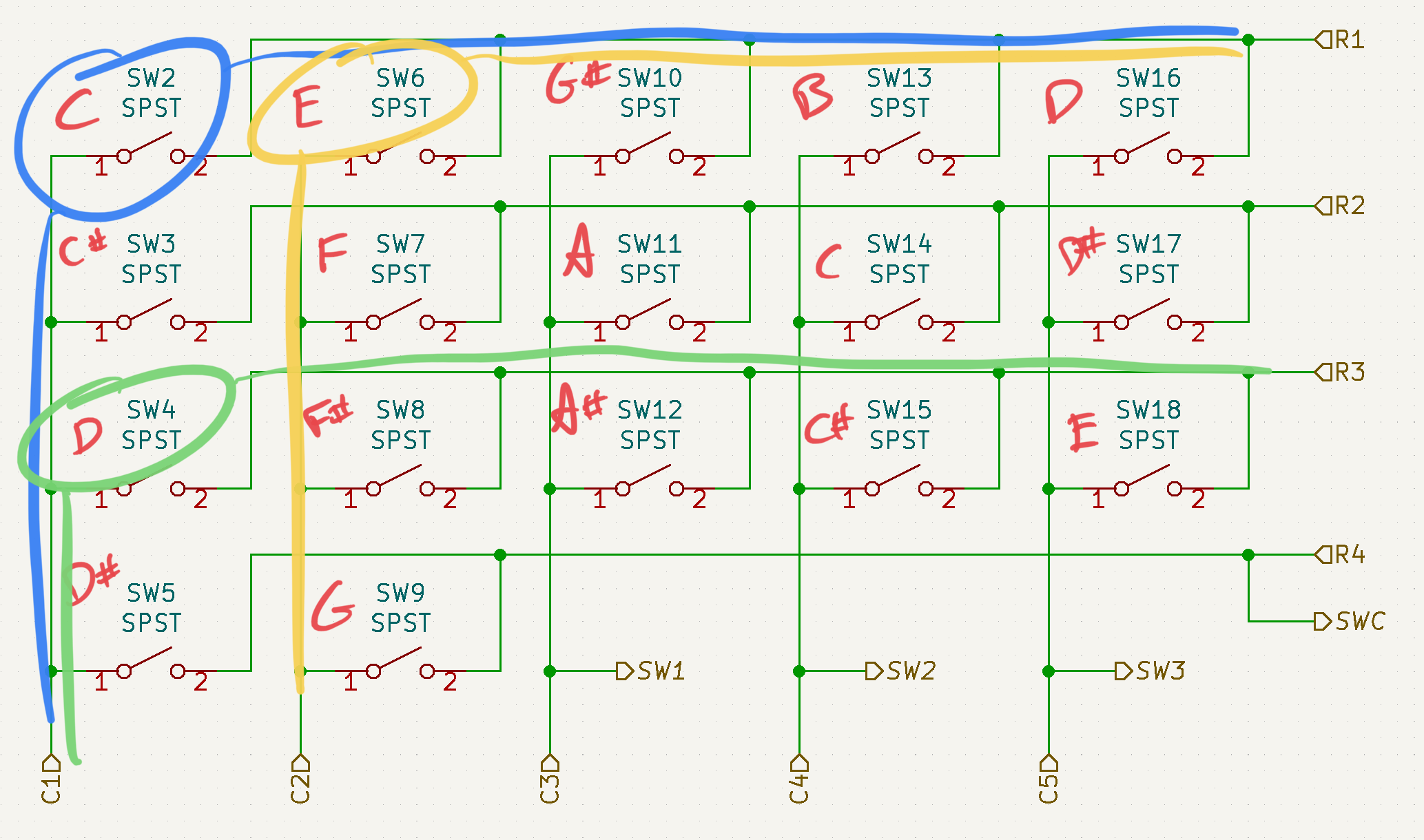 But to the microcontroller, it also sure looks like you're pressing F# at R3C2. I mean, how could it know you're not? So it just throws it in there. 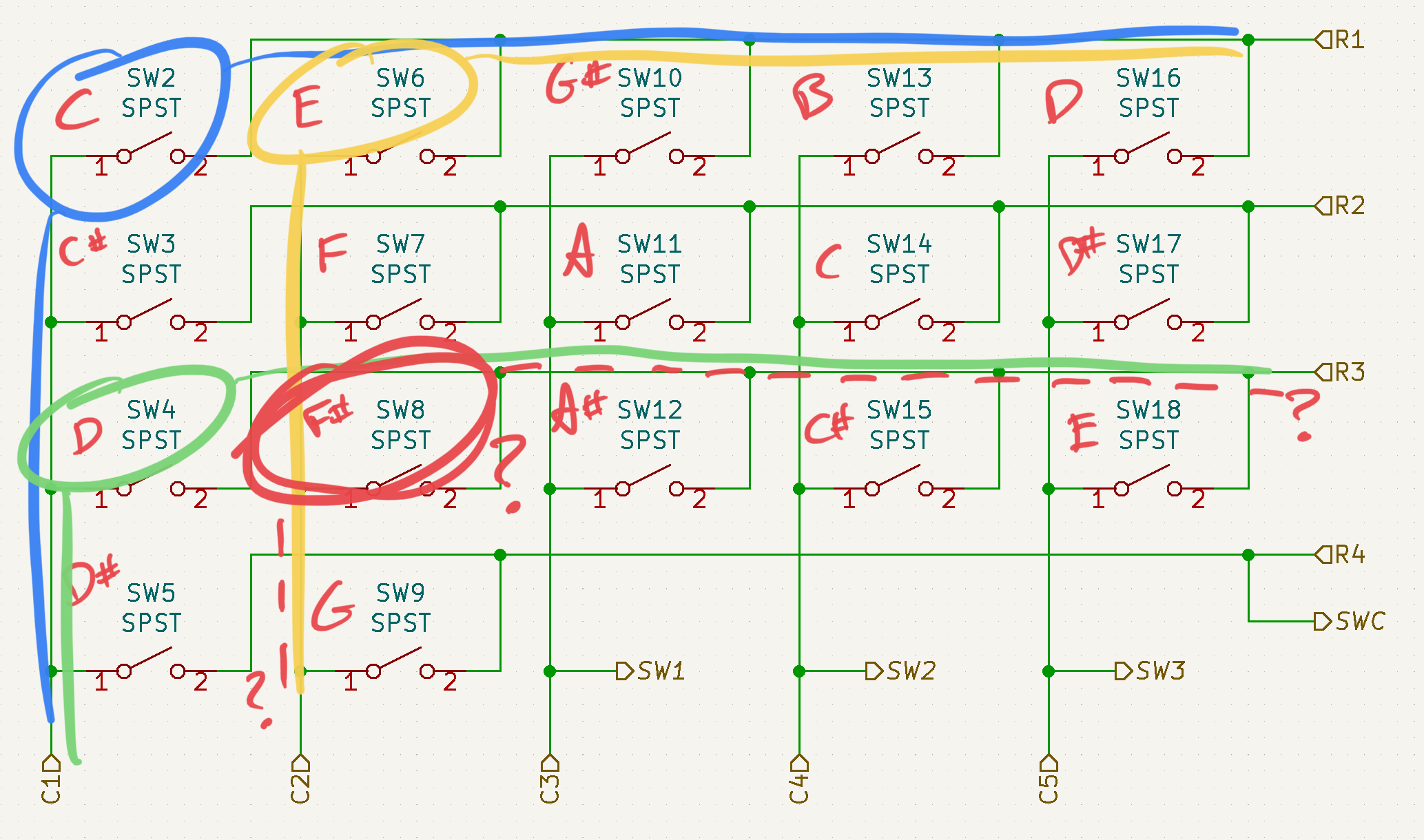 Issues like this "chord problem" are normally avoided on more complex matrix circuits like your computer keyboard with diodes along the switches, but these were ommitted on the Scout to cut down on kit cost and assembly time. The Scout's monophony was an intentional limitation to deter encountering it. After all, it is supposed to be simple instrument!

So it's kind of a bug but more like a "known issue" and a cost to be paid for the simplicity of the Scout's assembly.

Looking at the matrix schematic, can you find other key combinations that will have the "chord problem"?